On Day 3, which was Wednesday, I was doing very well on my diet. I felt a little bit of hunger after lunch, but I just nibbled on my apple chips and meringues cookies to keep the hunger at bay. 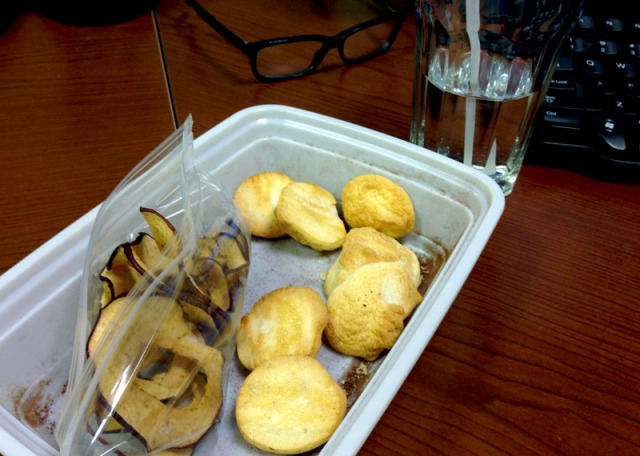 But then around 4 pm I went upstairs to the kitchen in my office to meet a coworker for a quick chat (we call it “Tea Time”). When I got to the kitchen I saw there was food on the table — the leftovers from some meeting or seminar.

Along with some sandwiches and pizza there was a large bowl of salad, spinach salad by the look of it. Well that’s not that bad, I thought, I’m allowed to have spinach on this diet. I peered in the bowl to see what else was in it. All I could see was dried cranberries and nuts. That’s not too bad either.

I ended up having a bowl. It was so good!

So yes, technically I cheated, because even though the spinach was allowed, the other things were not. I didn’t feel bad about it though. I had a two-hour salsa class to go to that night, so I didn’t think that a few nuts and cranberries would have a huge effect in the long run. In fact, eating that spinach salad just might very well have kept me from passing out from hunger in salsa! (Or some other excuse to help me rationalize what I did, which I know was wrong. Not because of the calories, but because I’m trying to stay focused and not cheat.)