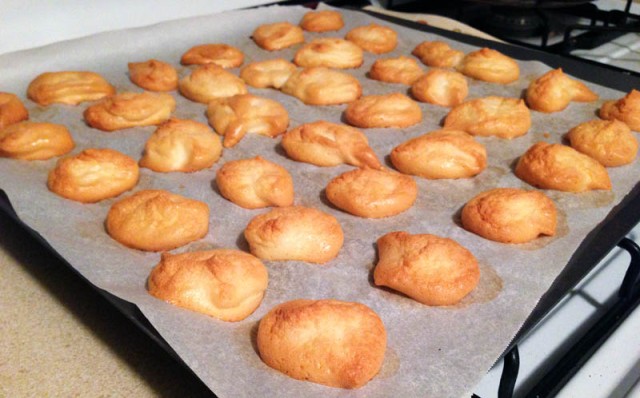 Yes, coconut FLAVORED, because if I added coconut flakes then they wouldn’t be quite as HCG or South Beach diet friendly.

The star ingredient in this recipe is coconut extract, which I bought back in the summer with the intention of making pineapple coconut ice cream and which I FINALLY used last week. It had been a while since I’d added any extract to my meringue cookies. I forgot what a difference a little flavoring makes!

(Note: the only difference between this recipe and my one for regular meringue cookies is Step #7. It’s not lazy of me that I copied most of that post and pasted it here, is it? I just didn’t see the purpose of rewriting it when I already wrote it so well the first time.:-))

1. Place the liquid egg whites into a metal bowl and let them warm up to at least room temperature. (I place the bowl on the oven while the oven is pre-heating so the egg whites get even warmer.)

2. Preheat the oven to 215 degrees Fahrenheit.

4. Beat the eggwhites for about 5 minutes, until they start to stiffen.

5. Slowly add in the Cream of Tartar while continuing to beat the egg whites.

6. Slowly add in the Truvia while continuing to beat the egg whites.

7. Add the coconut extract and continue to beat. I try to drizzle it down the side of the bowl, as opposed to just pouring it in the center, because egg whites are VERY sensitive!

(The total beat time is about 10 minutes. You’ll know you’re done when you’re able to turn the bowl upside down and nothing falls out.)

8. Use a spoon to dollop the egg whites on to the parchment paper (I like to make 36 bite-sized cookies).

10. Rotate the tray and leave it in for another 22 minutes. (Every minute makes a difference. I like the texture the best at 22 minutes, but you might like them crunchier at 23 or 24 minutes. Feel free to experiment!)

11. When the time is up, turn the oven off but leave the cookies in there for a while, then transfer them to an airtight container. (This is especially important during the summer months when it’s humid. When it’s warm outside I’ll leave them in the oven for like an hour. But in the winter I usually take the tray out after only 20 minutes and just let them sit on top of the stove.)

The recipe comes out perfectly fine when you use liquid egg whites, but on the few occasions when I’ve been able to use real egg whites, well, it has definitely been a treat! The texture is a bit different.

As far as the sweetener is concerned:  So far I’ve tried Sweet Leaf, Truvia, Stevia in the Raw, and various brands of liquid Stevia. I find that Truvia is the best, especially for baking, because there is less of a nasty, bitter aftertaste. I’ve read that there is debate over whether Truvia is truly “natural,” because of some of its ingredients. Honestly, I don’t care. It tastes the best, so that is what I use. 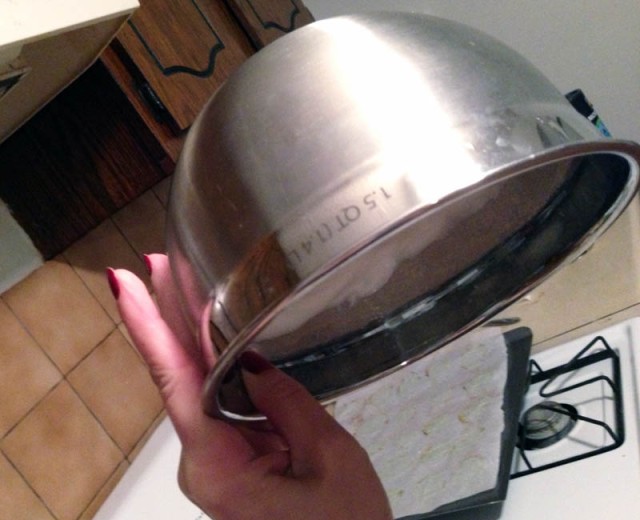 I rotate the tray halfway through because in my oven they don’t cook evenly if I don’t do that. But I’ve read some recipes that say you shouldn’t open the oven when you’re cooking them. So…yeah, I don’t know.