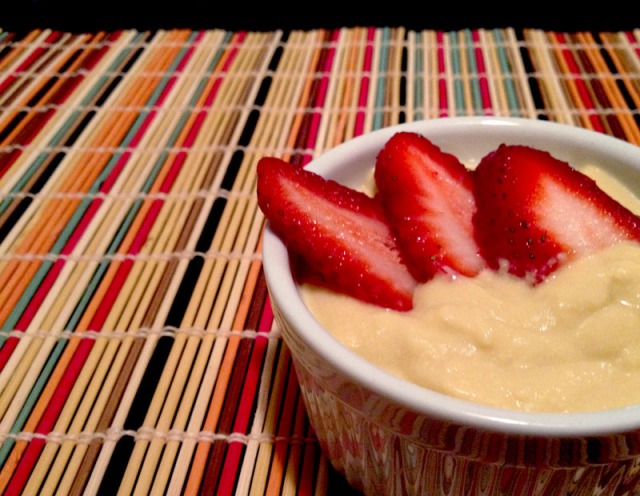 What better way to follow up a chocolate ice cream recipe than by posting a vanilla counterpart?

When I started making this recipe I fully intended to turn it into ice cream. Like I’ve said before, I have portion control problems, and sticking things in the freezer definitely helps to keep me from overeating. But when I took the mixture out of the fridge and tasted it I decided to skip the ice cream maker and leave it as pudding. Why? Because I found my eating the most delicious Thai-style coconut pudding!

I say Thai-style very loosely. I mean, is it the same as what I’d get when ordering from Thai Elephant? No, of course not. But I’m a big believer in the idea that sometimes all you need is a hint of a flavor to satisfy a craving. And this recipe definitely does that (if you happen to be having a Thai-pudding craving, which is a pretty random craving to have!).

But Thai food aside, this is a basic vanilla coconut milk ice cream recipe that is quite delicious.

Sidenote: The arrowroot help keep the ice cream from turning hard as a rock when you put it in the freezer, but it’s not vital if you’re using gelatin. And now that I think about it, it might be completely unnecessary if you’re making pudding. Hmm, I’ll have to look into that.

Also, an instant thermometer makes making ice cream so much easier. You can’t let the temperature of the mixture get over 175 F when you’re heating it up, because then the eggs will start to cook. A thermometer eliminates any guesswork.

1. Add coconut milk to a sauce pan and heat over a low flame. 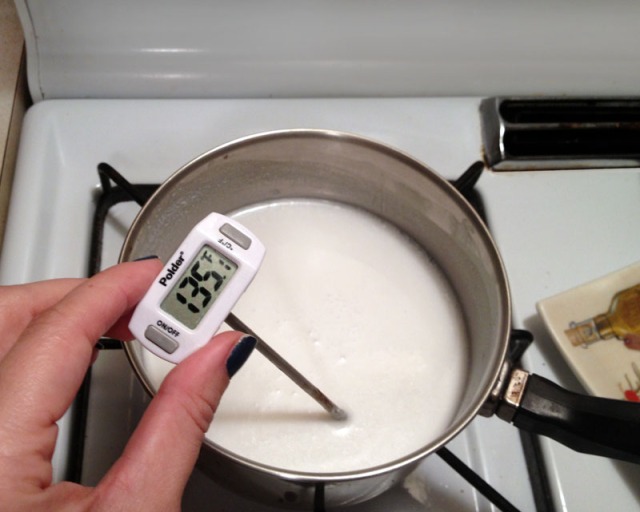 2. Mix in the gelatin, and then the eggs, and stir constantly until the temperature reaches 175 degrees (or until it coats the back of a spoon). 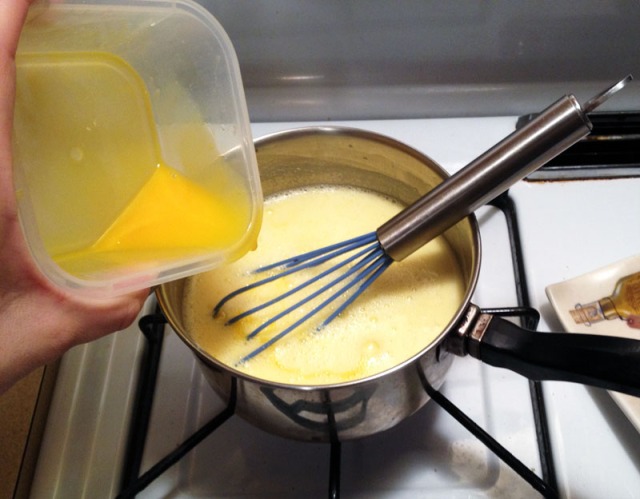 3. Remove the saucepan from the stove and immediately put it in cold water to cool it down.

4. Once it has cooled down a bit, add the Truvia, vanilla and arrowroot.

5. Put the mixture in the fridge for at least a few hours, preferably overnight.

That’s all there is to it. You can either leave it as pudding or put it in the ice cream maker. OR you could split the mixture in half and do both!